Great news if you’ve got a private student loan from Citibank!

While this is no way, shape or form the best Private Student Loan Forgiveness Program around, it’s another great sign that student loan servicing companies aren’t going to get away with their illegal, amoral practices any longer, and you may be eligible for a refund, forgiveness or discharge if you’ve got private student loans serviced by Citibank.

This week, the Consumer Financial Protection Bureau (CFPB) announced that Citibank was going to have to pay a huge fine and issue millions of dollars in refunds to private student loan holders who the bank failed to properly service.

Citibank is accused of doing a couple illegal things, including misleading borrowers into believing that they were not eligible for the Student Loan Tax Deduction on interest paid toward their loans, as well as screwing over borrowers who were eligible to defer payments by incorrectly charging late fees and adding interest to their loans.

But that’s not all, because Citibank is also accused of having mislead borrowers about how much they’d need to pay in their monthly bills, and they also apparently failed to meet some disclosure requirements, failing to fully inform borrowers who attempted to release cosigners from their loans (but who weren’t able to do so).

The good news is that for these illegal activities, the CFPB is forcing Citibank to fix their servicing practices, pay a fine of $2.75 to the Federal Government, and offer $3.75 million in refunds to their student loan borrowers. 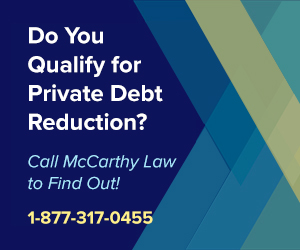 How Much Will You Get?

There’s no telling how much money you’ll get out of deal yet, because the fines were just announced, and there’s sure to be all sorts of legal wrangling and settling behind the scenes moving forward.

However, what we do know for sure is that Citibank had already sold off their Federal student loans to Discover a couple years back, so it’s only people with private loans being serviced at Citibank that’ll be eligible to receive anything here.

One other slight condition is that apparently these illegal activities only took place between 2006 and 2015, so your loan will need to have been getting serviced by Citibank during that time period in order to qualify for any part of the refund.

What Did Citibank Actually Do?

Citibank is accused of doing four illegal activities, all of which would be enough to get them fined and forced to pay refunds on their own, so this is a pretty big deal.

It’s especially important because the CFPB said that Citibank needs to not just make these refund payments, but change their servicing practices in order to right the wrongs and ensure they never happen again.

And even though Citibank only services Private loans, and a few of them at that compared to the bigger servicers, this is a great warning shot across the bow to the other servicers that they too, could be in big trouble soon, if they don’t get their acts together.

Anyway, here’s what Citibank did wrong:

The first thing Citibank did was give borrowers the wrong information about their eligibility for tax taking advantage of the annual tax deduction of up to $2,500 on interest paid toward student loans.

This is a program that’s been around for years, and which helps reduce tax burdens pretty significantly, especially for younger borrowers who’ve just recently graduated and are paying mostly interest toward their loans.

On Citibank’s website, and in some of their account statements, they incorrectly stated that borrowers had not paid qualified interest that would allow them to be eligible for this deduction.

Because borrowers were told that they weren’t eligible for the benefit, it’s highly unlikely that they would file for it, and thus, anyone exposed to that incorrect messaging and who then failed to file their Student Loan Interest Tax Deduction is likely to qualify for a partial refund.

If you thought that failing to inform borrowers about their eligibility for a tax deduction was bad, you’re going to be downright disgusted by this next thing Citibank did; which was to start charging interest and slapping fees on borrowers who were still in school!

And that’s a total no-no, as anyone with student loans who’s still in school is supposed to be eligible for an In-School Student Loan Deferment, which lets you qualify for a pause on repayment and interest accumulation for up to 6 months after graduation.

Citibank didn’t just fail to inform people about their eligibility for these in-school deferments, but actively attacked them, cancelling deferments that should have been approved, and then charging late fees on borrowers who didn’t immediately make payments (that shouldn’t have been due in the first place!).

They also started adding interest accumulation to the principal balance of the loans, even though those were supposed to be allowed to sit without any interest capitalization, and much worse, they actually failed to refund late fees and continued charging interest on borrowers even AFTER learning that their in-school deferments had been cancelled in error!

This is a good one, because basically anyone who has received a monthly minimum payment alert (which would have arrived in your monthly account statements) is likely to have been provided the wrong number, and ended up overpaying their loans.

Thankfully, the CFPB figured this all out after their extensive research into Citibanks servicing processes, and is slamming them with a major penalty for telling people to pay more than they really needed to.

Apparently, this was a big deal for anyone who qualified as a “mixed status borrower”, which meant that they had multiple loans with Citibank, including some in repayment and others in deferment.

What happened is that loans in deferment weren’t required to be paid, as deferment is supposed to set repayment and interest accrual on pause, but Citibank told those borrowers that they needed to make payments anyway.

Finally, it’s a big deal to get your cosigners released from your loans after you’ve graduated and started earning your own income, as this is one of the biggest signs of moving on from being a dependent to being an independent, responsible adult, and Citibank screwed this process up too.

What happened was that borrowers tried to drop cosigners from their loans (via a process called Cosigner Release), and Citibank was supposed to evaluate those applications, determine if the borrower was capable of handling the loan on their own, then drop the cosigner from the loan if all was good…

What’d Citibank do instead? Each time they decided that a cosigner release was NOT justified, they were supposed to follow the Fair Credit Reporting Act, and release all sorts of disclosures and details about WHY the borrower was refused a cosigner release… but they didn’t do it.

What’s the CFPB Doing in Response?

Thank God the Consumer Financial Protection Bureau is out there policing these student loan servicing companies, because even the big banks are oftentimes operating hardly more legally than the rampant Student Loan Scammers floating around, and in this case, the CFPB is really putting the screws to Citibank (and deservedly so).

Citibank is being forced to refund $3.75 million dollars to impacted consumers, which would be anyone who was impacted by the four illegal activities I listed above, including people who were charged interest or late fees when they shouldn’t have been, anyone who paid too much in a monthly payment as a result of an overstated minimum payment, or anyone who wasn’t fully informed about the reasons their cosigner release application was denied.

Citibank is also being ordered to reform their servicing practices, and get themselves in compliance with all the laws on the books, so that none of this stuff ever happens again!

And finally, Citibank is being fined $2.75 million dollars, which needs to be paid to the CFPB’s Civil Penalty Fund. Personally, I’d rather see that money being returned to borrowers, in addition to the $3.75 million already ordered, but I’m sure the CFPB needs the funding as they’re constantly embroiled in investigations and legal battles with these huge banks that can’t seem to stop doing illegal stuff.

Where Can You Apply for a Citibank Student Loan Refund?

As of now, you don’t have to do anything, because it’s all still being settled and worked out.

There’s a good chance that it’ll take a couple months for everything to be determined, so for now, I’d recommend hanging tight, checking in monthly, and responding to this only when the new instructions have been issued.

For now, be happy that you’ve got a bit of money coming, but also realize that it’s probably only going to be a few hundred or a couple thousand dollars that each borrower receives, not total forgiveness or a complete discharge.

Can I Use These As Examples for a Borrower’s Defense Discharge?

Speaking of Discharges… if you’ve not already familiar with the Borrower’s Defense Against Repayment Discharge Program, then you need to visit my page about it, because there’s a pretty dang good chance that you could use these illegal servicing practices as reasons for pursuing a complete student loan discharge from Citibank.

The way Borrower’s Defense works is that if you were screwed over (in illegal fashion) by a school, lender or student loan servicing company, you’re able to challenge the legal validity of the resulting loans, making the claim in court that your loans shouldn’t exist at all since your rights were violated by the bad actor.

And while I do think that’ll be a long-shot in this case, since Citibank did some pretty egregious stuff, but nothing that I think justifies a complete loan discharge, it may still be worth pursuing anyway, on the off-chance that it does work.

Why? Because filing for Borrower’s Defense only requires a few hours of your time, doesn’t cost anything, and has the possibility of getting 100% of your loans wiped out in an instant!

For details on how to use Borrower’s Defense, visit my page on the program, here.

Where Can I Go For Additional Questions?

Like I’ve mentioned a couple times now, this is about all the detail I’ve got access to so far, but I’m sure that more stories and more information will be getting released in the near-future, so if you have any questions, please feel free to ask them in the comments section below.

I try to respond to all comments within 24-48 hours, and I’ll do my best to get you a detailed response that fully explains whatever it is that you want to know!